Why is Health Insurance So Expensive?

Naturally, there are a number of factors, including:

Many of these factors are out of your control, so smart decisions about your health insurance are especially important.

Let’s look at each of these factors in more detail and what you can do to impact your bottom line. 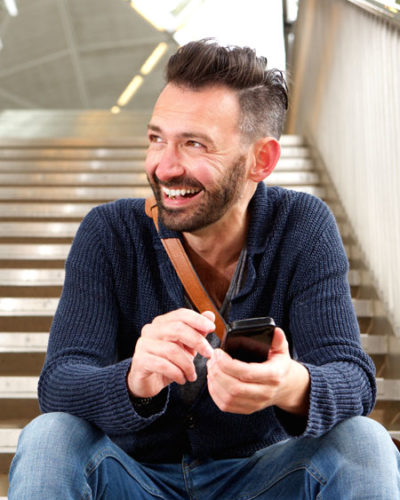 Short term health insurance can provide temporary and limited benefits for a lower premium if you qualify. STM is not a replacement for comprehensive major medical coverage.

When you pay your monthly premium, you’re paying for costs related directly to the services and medication you receive – think prescription drugs and doctor services – but also the insurance company’s general operating costs like fraud and abuse monitoring, customer engagement, regulatory licensing and fees, employee training and education, technology, and administration.

Don’t worry, the majority of your premium payment, or around 80%, goes to paying for healthcare claims.[0]

But operating costs are still a factor. These costs have gone down since the ACA took effect for two primary reasons:

The caps are meant to incentivize insurers to find efficiency. If insurers exceed the cap, they pay a rebate to their policyholders.[3]

In 2016, the Congressional Budget Office (CBO) reported administrative costs to break down across the different insurer markets as follows:[4]

By comparison, government-administered Medicare spent just 6.4% of total operating costs on administration for both their traditional insurance plans for seniors and workers with severe disabilities and their private plans in 2015.[5]

As you can see, there’s likely still room for administrative efficiency and savings when it comes to the private insurance market.

Claims and the Rising Costs of Healthcare + Treatment

Of course, new and advanced treatments and technologies can be expensive,[6] but even the cost of basic preventive care — screenings, testing and your regular checkup — has increased. For instance, the cost of a pneumococcal vaccine has risen by more than 50% between 2010 and 2017.[7]

And all that preventative care, as well as the essential health benefits mandated by ACA-compliant plans, is now shared by all healthcare consumers.

Rise of Chronic Illness and Obesity

The increase in healthcare costs can also be attributed in part to lifestyle changes. Chronic disease rates have been on the rise — and they aren’t expected to slow down anytime soon. Do you know anyone with diabetes or heart disease?

Most of us have a friend or family member that has been treated for one of these conditions.

These two illnesses alone are currently responsible for 85% of healthcare costs. Almost half of all Americans have at least one of them.[8]

The cost associated with treating chronic and obesity-related diseases is expected to continue to grow[11] and is shared by all healthcare consumers — not just those affected.

Recent Rollbacks + Changes to the ACA

Both official changes to the Affordable Care Act and informal and proposed changes in the last two years have destabilized the insurance industry, which may ultimately contribute to increased costs for consumers.[12]

Official changes include the:

One of the concerns with the Affordable Care Act from day one was that only sick people would purchase coverage, significantly increasing insurance premiums.

However, the individual mandate and its associated penalty encouraged more people, even those that were healthy, to enroll.

Without those rules in place, the costs of claims rises and is passed on to consumers.

If enough of these seemingly small rollbacks and changes to the ACA occur, it could send the program into what’s been dubbed a “death spiral.”[13] That could ultimately lead to the end of the program as it becomes too expensive for both insurers and consumers to participate.

Some other proposed and informal changes that have also contributed to undermining the ACA and destabilizing the marketplace, include:

We simply don’t know yet what the financial impact of these maneuvers will be to consumers. However, even after two years of changes, the ACA remains in-tact, with a larger percentage of insured Americans in 2018 than there were in 2013.[17]

Lack of Competition with Fewer Carriers and Plan Options

Having more choices generally means you have more control over what you pay for your healthcare coverage. Insurance company failures, mergers and exits from the ACA market mean that many parts of the country, particularly rural areas, have only one option for coverage.

In fact, studies have shown that fewer insurers can lead to lower payments for doctors and higher premiums for patients.[18]

By State – In 2014, the first year the ACA’s individual mandate was in effect, there were an average of 5 insurers participating in each state’s ACA marketplace, ranging from one company in New Hampshire and West Virginia to 16 companies in New York.

By 2018, the average number of companies per state was 3.5. Eight states (Alaska, Delaware, Iowa, Mississippi, Nebraska, Oklahoma, South Carolina and Wyoming) had only one insurer.

For 2019 open enrollment, a number of insurers entered the market or expanded their service; however, it only brought the average number of carriers to 4 per state, with five states (Alaska, Delaware, Mississippi, Nebraska and Wyoming) with just one insurer.

Some places that saw insurers enter the market experienced lower premiums. For example, in the most competitive market in Memphis, the cheapest mid-level plan for 2019 health coverage costs $498 a month for a 40-year-old — a 17% decrease from last year.[20]

A trip to the pharmacy can give you a serious case of sticker shock. The rise of drug prices is outpacing all other areas of healthcare spending.[21]

Americans spent $535 billion on prescription drugs 2018, an increase of 50% since 2010, according to estimates from The PEW Charitable Trusts.[22]

If that wasn’t challenging enough for insurers and consumers, at the beginning of 2019 drug companies announced price hikes on more than 1,000 medications.[24] Prescription medications now make up an estimated 17% of overall healthcare expenses.

Why are prescription drugs so expensive? The situation is due in part to government regulations, according to a study by the Harvard Medical School and the Harvard T.H. Chan School of Public Health in Boston.[25]

Drug companies can do this largely unopposed because the nation’s largest health insurers, Medicare and Medicaid — which cover one in three Americans, are prohibited to negotiate prices by federal law.

While the ACA contained many new regulations for insurers, it left the pharmaceutical industry largely unregulated, which means fewer drug cost protections for consumers.

Trying to Lower Your Monthly Premium?

Here are some things to keep in mind if you’re trying to lower your monthly premium.

See if you qualify for a federal subsidy

If you’re enrolled in an ACA-qualifying major medical plan, you may qualify for a subsidy for your monthly health insurance premiums.

Find Out if You Could Get a Federal Subsidy

Do you qualify for a special enrollment period?

Find Out if You Qualify

While major medical coverage is a good option for most people, there are lower-premium non-major medical health insurance options available, including short term insurance.

These plans are especially helpful when you’re uninsured and unable to obtain major medical coverage until an open enrollment or special enrollment period, but you can also consider them as lower-premium offerings if you want a less comprehensive plan.

Remember, these are not major medical policies. The lower-cost premium will mean fewer benefits and less coverage than a major medical plan and not all insurance is guaranteed issue, meaning you can be denied coverage.

Get an Instant STM Quote

You can save on premiums by increasing your deductible. The more you pay out of pocket — whether you have a group or individual health plan — the less you will have to pay in premiums.

It’s a smart idea to keep health insurance costs in mind when you’re making life change decisions. When considering a new job or moving to a different part of the country, for instance, remember that where you live can make a difference in what you pay for health insurance.

Healthcare costs less in some parts of the country and whether you’re in a rural vs urban setting can also make a difference. Insurance companies in healthcare markets with more consumers and providers can negotiate service prices of up to 19% lower, according to a 2017 study.[26]

The factors that make health insurance so expensive are largely out of our control, but choosing the right coverage can help make sure the money you do spend gets you the best health insurance to meet your needs.

Learn more about major medical insurance and decide if it’s right for you.